If you’re looking to keep your hunting skills sharp (and to come up with another excuse not to mow the lawn), do yourself and your resident whitetails a favor this summer and try coyote hunting. This is also a fun and inexpensive way to scratch that itch we all get leading up to the opening of deer season. 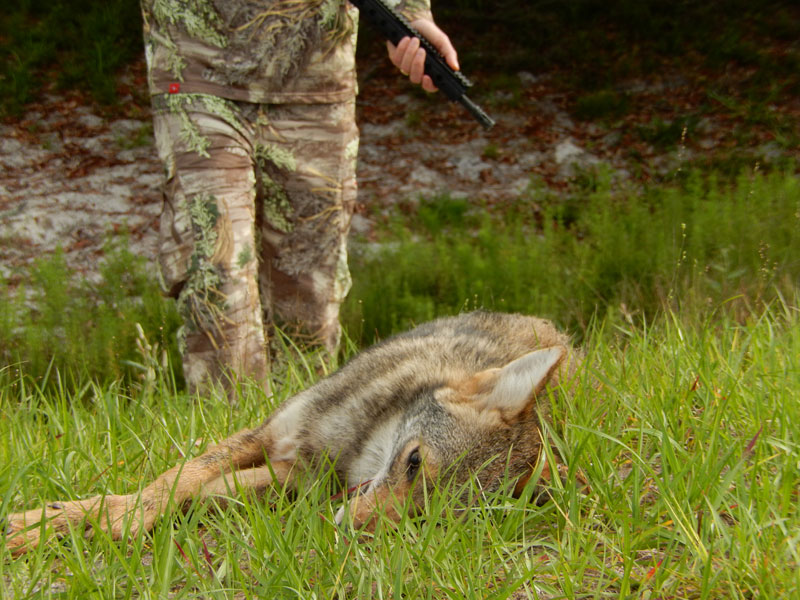 Let’s face it—spring turkey hunting provides a welcome fix after languishing through the winter months, but by mid-summer, most of us are busting to “go predator” on something. A worthwhile something is coyote hunting. Fortunately, coyote hunting is open year-round in many states, and that’s particularly good news in the eastern U.S., where coyotes are an invasive species with negative impacts on historically indigenous wildlife.

A University of Florida-supported study published in 2016, for example, looked at whitetail fawn mortality in the Red Hills region of Florida and Georgia, and concluded that predation was the leading cause of death for fawns 12 weeks of age or younger. And that coyotes accounted for 74 percent of that predation, followed by bobcats (16 percent) and, of all things, invasive fire ants.

By helping to keep coyote numbers in check during the summer—particularly in early summer, when whitetail fawns are quite vulnerable—deer hunters can make a difference in promoting year-class survival rates of the local deer population. It also gives us a chance to break the summer doldrums and keep our hunting skills honed in preparation for fall.

Understandably, summer coyote hunting has its own nuances compared to the colder “fur season.” Females become more localized as they raise their own litters, and with a more generous food supply close at hand, coyotes are keen on staying in cool cover during the day and holding tight to water sources. As a result, it’s the cooler hours around dusk and dawn that will deliver the most action for the predator hunter. If your state allows night-hunting for coyotes, so much the better.
That said, a coyote’s need to hunt doesn’t abate, and the same basic sound-scent-sight strategies coyotes use to find prey in the winter are the same ingredients the coyote hunter must exploit at this time of year. Lush vegetation does present some extra challenges for the summer coyote hunter. Reduced visibility in the cooler north slope woodlands that coyotes favor during the day means timber setups are best where you can identify frequented water sources, such as cool creek bottoms or large seeps with fresh coyote tracks. Better yet, focus on the same fields and open country that make for good coyote haunts in the winter.

The difference this time of year, of course, is the tall grass, which makes spotting a slinking coyote a challenge. That’s why fresh-cut fields are tops. Not only can you see to make the long shots, but cut fields tend to draw coyotes looking for remnants of critters that may have been mowed over or groundhogs, mice, moles and other meals-of-opportunity previously shielded by the tall grass. Keep in the good graces of farmers so you’ll know when they’re cutting hay. They might even give you a heads-up on when they see some coyotes in their fields.

Coyotes usually hug the field edges, making use of heavy cover to close the distance to their prey. Hunters who can find good edge cover with maximum elevation—always being mindful of wind direction—stand a good chance making their coyote setups work.

Use Night Vision Scope Setup
With many states allowing to hunt coyotes and other predators at night, Night vision scopes have become a rage. To ensure you kill your target efficiently, using a good quality night vision scope or thermal imaging scope setup is a must-have. If you already have a decent quality daytime riflescope, This portable night vision setup is highly recommended to hunt predators like boars, coyotes and racoons. You can transform any standard day-time riflescope into a night vision hunting scope with the help of WILD OPTICS™ NIGHT VISION SCOPE SETUP